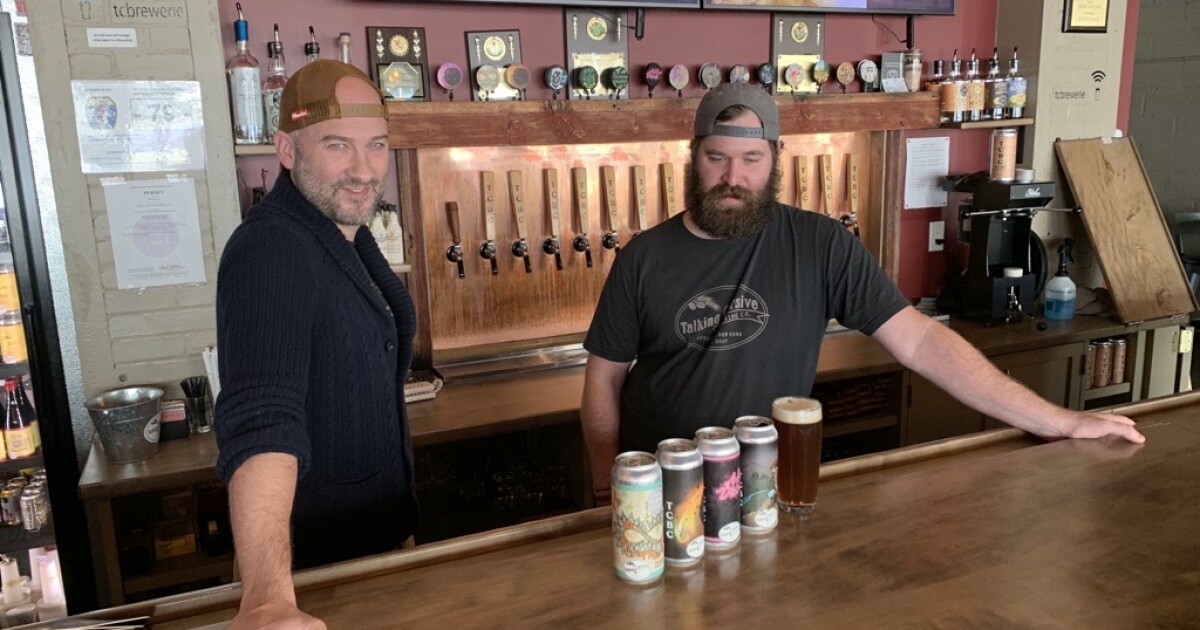 There has been an increase in the number of customers this week at Talking Cursive Brewery. The place right across from the old Niagara Mohawk building in downtown Syracuse offers craft beers, food, and themed nights, like Taco Tuesdays.

The site has seen its clientele increase in recent days thanks to CNY Beer Week. The week-long beer celebration features deals and promotions at 21 locations to draw attention to local crafts.

Sales manager Derrick Spanfelner said it helped introduce more people to the morning than the dozen or so beers Talking Cursive has on tap.

“We’ve actually seen such a surge in excitement around the brewery, people being here, packing the house for these various nights we’ve had so far this week,” Spanfelner said.

For Paul Zemba, Head Brewer of Talking Cursive, Beer Week is not just about sharing his craft with more customers, but also with other breweries. Zemba said Meier’s Creek Brewing in Syracuse’s Inner Harbor put one of his creations on the menu, which is also a collaboration with a nearby coffeeshop.

“They have a cask of our rum barrel aged double Kubal, which is a Belgian double with cold brew coffee from our next door neighbour, Kubal,” Zemba said.

Beer Week coordinator Keith Lindner noted that this type of collaboration shows a strong network of support among breweries in the region.

“Whether it’s people going to breweries or people going downtown to Armory Square, the kind of broader passion for craft beer, itself, helps us all in one way or another. of another.”

The final event of Beer Week is a festival on Saturdays from 4-8 p.m. at the Landmark Theater.