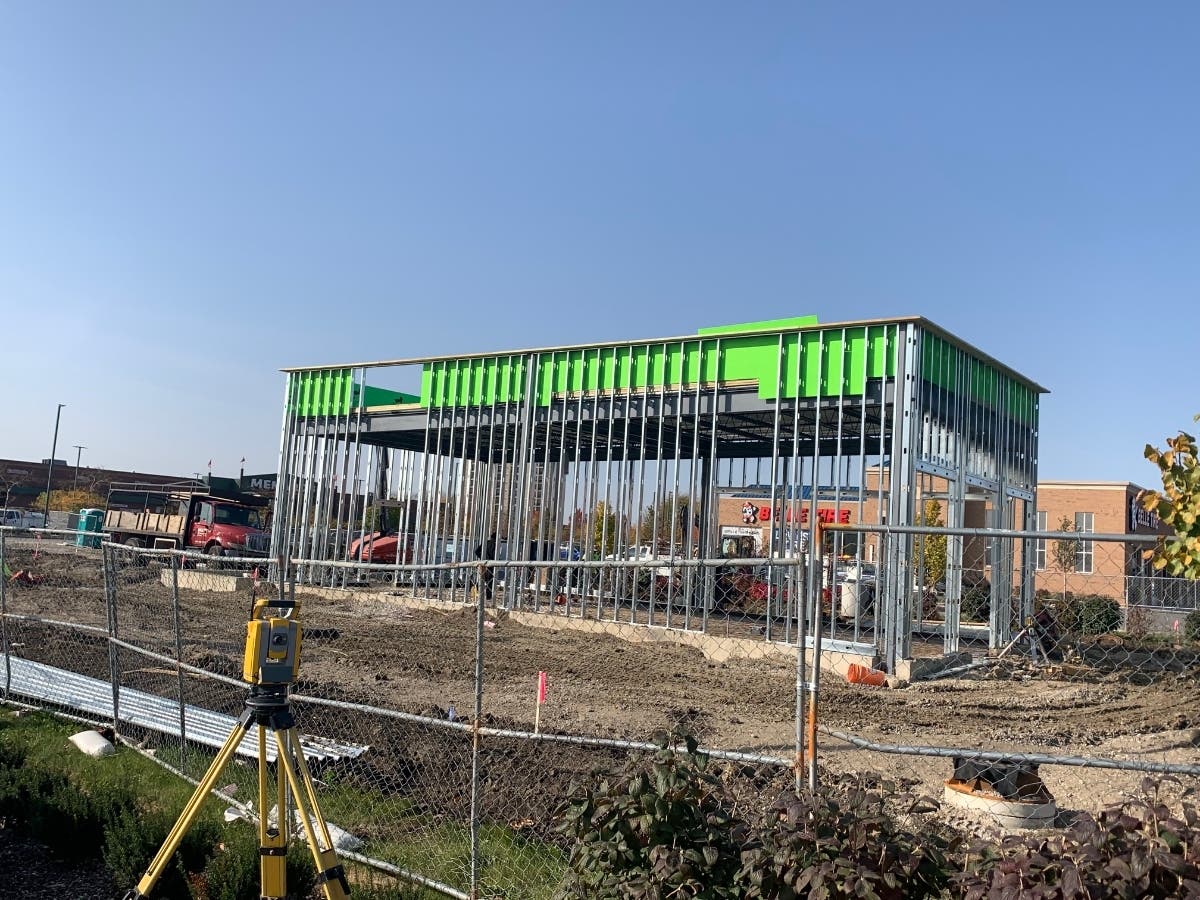 JOLIET, IL — It’s been over 15 months since Joliet Patch announced that Smoothie King would be opening a restaurant here in Joliet. This month, the juice bar franchise construction project is underway along West Jefferson Street near Walmart and Menards.

Plans for Smoothie King’s construction were submitted to Joliet officials in July 2021, and Joliet City Council approved the project that summer, which will include a drive-thru window.

The Smoothie King restaurant is being built on the vacant lot in the Menards development, directly west of the Murphy Express gas station and near the new Belle Tire. Joliet’s first Belle Tire franchise opened in October 2021.

Construction workers told Joliet Patch on Friday that the new Smoothie King should be ready to open next spring.

The Joliet Smoothie King will become the second in the immediate area.

In 2020, Smoothie King opened in Shorewood at Route 59 and Black Road, inside the storefront next to Noodles & Company World Kitchen.