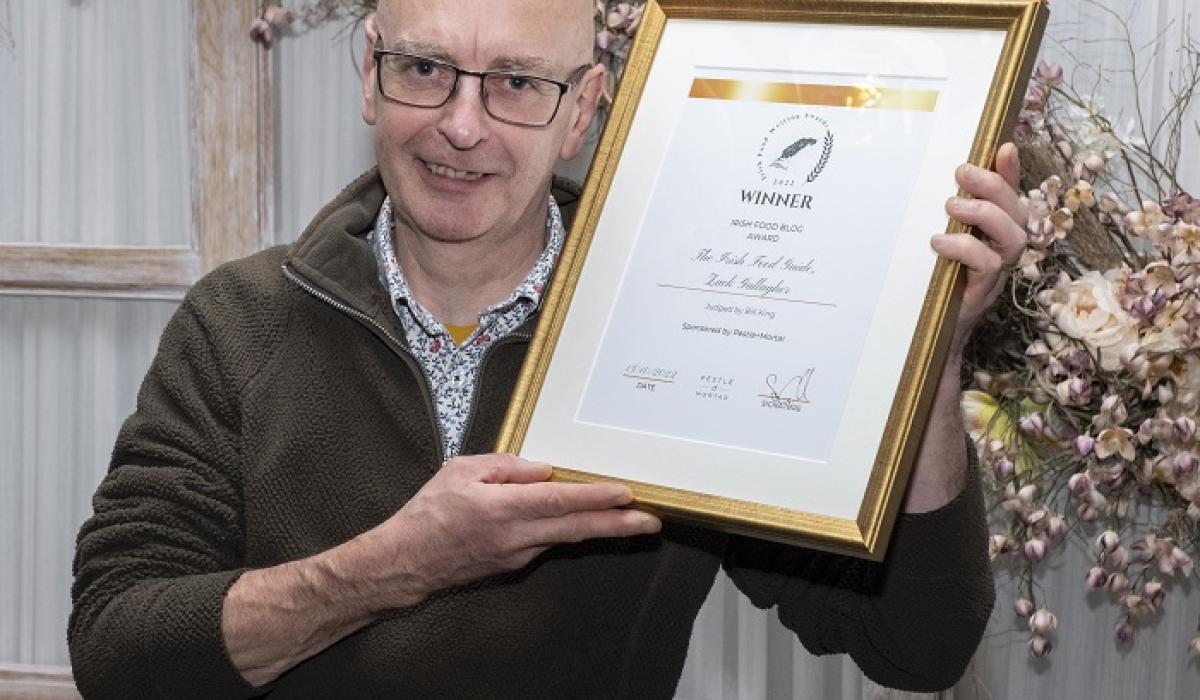 Donegal Town chef Zack Gallagher already has a legion of fans in the North West, but his genius has now been recognized with him winning a major national award at the Irish Food Writing Awards in Dublin.

Over 75 award finalists were in attendance from across the island of Ireland, competing for the 20 awards on offer covering Irish food and drink journalism, cookbooks, feature film writing, blogging, podcasting, photography and social content.

Zack, from Donegal Town, won the Best Food Blog in Ireland category, for his website called The Irish Food Guide. Zack’s blog features Irish food news and recipes and has been around since 2008.

Zack is a professional chef who currently works at The Harbor Restaurant, a food blogger, social media advisor, food tourism mentor and was a food ambassador for Fáilte Ireland.

He recently completed an HDip in Tourism Destination Management and Marketing.
Founder of the Irish Food Writing Awards, journalist Suzanne Campbell, said: “I am absolutely delighted that Zack has won this award. He has one of the oldest food blogs in Ireland. He constantly shares food news. He is so kind and generous to food producers, restaurants and cafes all over the island of Ireland, helping them get noticed. He’s just amazing.”

Zack is a driving force in Irish food and tourism and has long recognized the importance of using social media in the development of this industry. You can check out his Irish Food Guide blog at www.IrishFoodGuide.ie