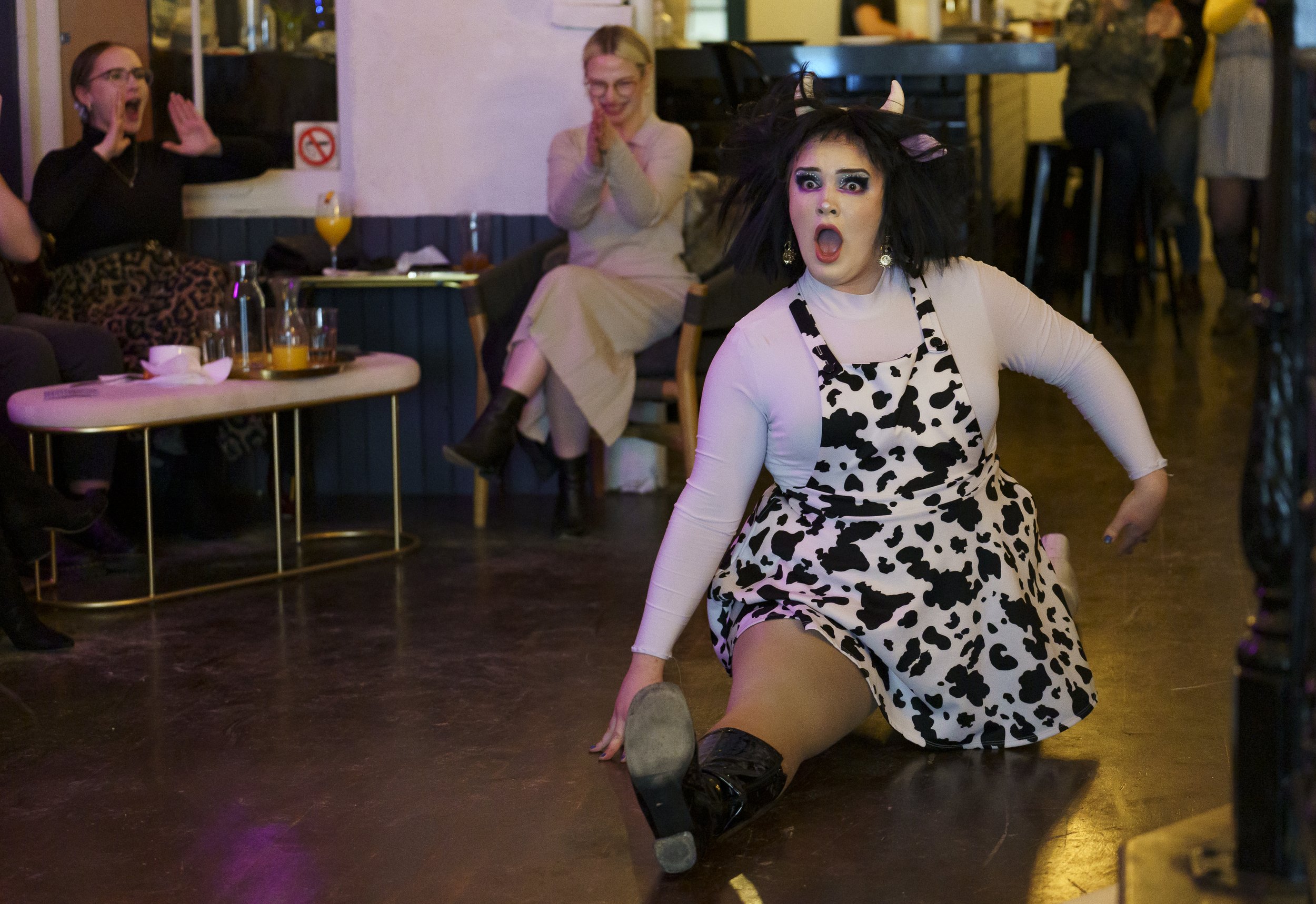 
Peterborough’s newest restaurant, “EL[P]added a bit of glitz and glamor to their weekend service by hosting two sold-out brunches on Sunday.

The event, “Hot As EL,” had an all-ages show at 11 a.m. followed by an adults-only version at 1 p.m. Both were hosted by Just Janis and featured three additional drag queens, Banshee Waylon, Sahira Q and Betty Baker.

“We had worked with Betty Baker in Cobourg and we already had three drag brunches there and it was always phenomenal,” said Greg da Silva, The EL [P] co-owner. “It’s just great energy and we really appreciate it. When Janice reached out and asked if we wanted to do that, we said “yes sure we’re down”.

The drag queens paraded around the venue during the sold-out shows, lip-syncing and dancing to songs. The guests enjoyed their meal and offered cash tips to the performers. The closing performance was a group number to the song “Time Warp” which had the audience dancing alongside the drag queens.

“I have to say they’re kind of the leaders in making shows safe throughout the pandemic and it’s been so much fun,” says Shawna Blackwood, who brought her mom with her to see the show. . “You come here and there is only pure joy.”

Drag performances were intermittent during the pandemic, as Peterborough queens often canceled their shows. The performers found it difficult to lip-synch with a mask and preferred not to cover their makeup after spending hours on it.

EL [P] is located downtown at 378 George St. N., the former location of Hot Belly Mama. Owned by wife and husband Amanda and Greg da Silva, The EL [P] is a sister restaurant to their other location in Cobourg, called “The El”.

“We’re new to Peterborough and the community seemed to embrace us,” Greg said. We have been open for just over 10 days and it is going very well!”

Peterborough had some successful drag shows with a sold-out show at the Gordon Best Theater last weekend featuring Icesis Couture – the winner of the second season of Canada’s Drag Race. PTBO’s live summer concert series staged its first drag show in the parking lot of the Peterborough Memorial Center on July 24 last year.


PTBOCANADA is a website about Peterborough, Ontario, Canada. Copyright ©2010-2021, PTBOCANADA. All rights reserved.