Establishment not behind murder of journalist: PTI leader – Pakistan 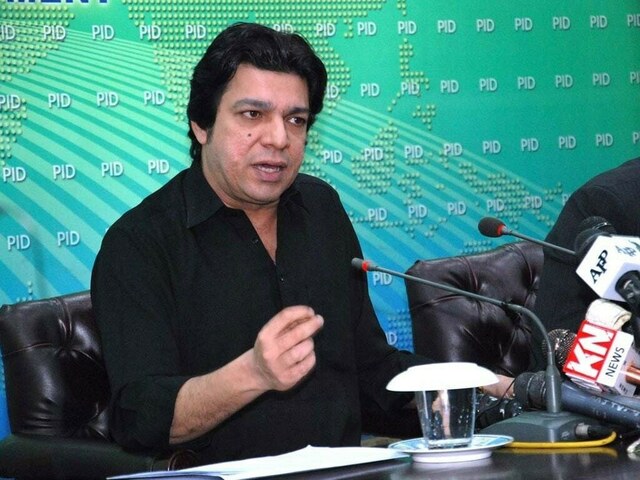 ISLAMABAD: Pakistan Tehreek-e-Insaf (PTI) leader Faisal Vawda claimed on Wednesday that the “establishment is not involved” in the cold-blooded murder of journalist Arshad Sharif in Kenya because his “assassination has been planned in Pakistan by people in contact with international actors conspiring against the country”.

The PTI leader’s presser, which was also broadcast live by state broadcaster PTV, said: “Arshad Sharif’s murder was pre-planned and conspired in Pakistan as evidence of the crime was erased.”

He vowed to “reveal” the truth behind Sharif’s murder in the coming days, saying no evidence or Arshad Sharif’s cell phone or laptop would be found as they were erased because “the Kenya is worse than Pakistan.”

“No ordinary man can send Arshad Sharif to Kenya. People who want to break up this country are behind this murder. This is a planned murder,” he added.

He also stated categorically, “It is said that around 20 bullets were fired and Arshad Sharif was killed. But that didn’t happen. In my opinion, he was shot from inside the car or at point-blank range. He received 2 bullets, in the head and the chest, not 20 bullets.

Vawda claimed that the child abduction story surrounding the journalist’s murder was false, saying that if a child was present in the car, why would the police open fire.

“It was a cold planned brutal murder only of Arshad Sharif in that car, not of anyone else,” he added.

He went on to say that “the conspiracy started when FIRs (first information reports) were filed against Arshad Sharif”, alleging that the journalist was unwilling to leave the country.

“The conspirators frightened him and desperately pushed him to leave the country. He then reached Dubai and it was said that some unnamed establishment or institution pressured him out but this is also false and a lie.

“He stayed in Dubai as per the visa limit, when it expired he had to leave. The diversion to London was announced but he did not go,” he claimed.

He said Arshad Sharif was firm on his position and no one could buy him.

“In the next few days, I will pull back all the curtains. I told my family that if anything happens to me, you will also receive their bodies as a gift.

“No normal person could have sent Arshad Sharif to Kenya. Who hid him and was in contact with him in Kenya? Behind, there are these conspirators and liars who want the breakup of the country and break my party,” he alleged.

When asked, he said he would only share the evidence he claimed to have on the plot to kill Arshad Sharif with his party’s chairman, Imran Khan, Military Intelligence (MI) or Inter-Services Intelligence ( ISI), because “I don’t trust anyone else in the country”.

He said “the current establishment would be the stupidest if they had done this”, adding that the beneficiaries of the journalist’s murder are behind the brutal murder.

“Arshad Sharif was used. The evidence of his murder has been destroyed. He trusted them […] and they exploited it. I will reveal their names in a few days,” he added.

At the same time, he said that those involved in the murder of Arshad Sharif “come from both the PTI and other political parties”.

He also warned there would be bloodshed during the next PTI long march, as the party is expected to start its long march from Lahore on Friday to pressure the incumbent government to announce a snap election. in the country.