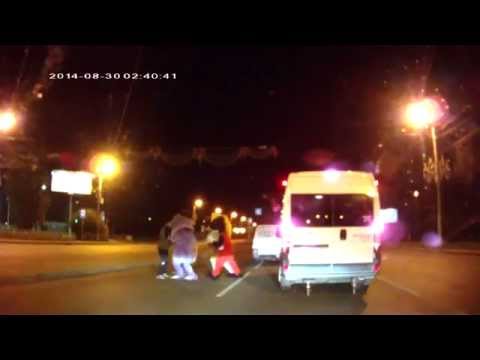 It appears it was no accident of timing when despicable Florida Governor and radical right-winger Ron DeSantis used fraud to load a plane full of Hispanic citizens and send them to Martha’s Vineyards on Thursday, which marked the start of Hispanic Heritage Month in the US. Thursday was also the 59th anniversary of the Birmingham church bombing which killed four young girls.

You can almost hear the echoes of George Corley Wallace’s voice when DeSantis speaks. He and fellow Governor Greg Abbott of Texas rekindle memories of Ross Barnett, Strom Thurman, Lester Maddox and all the other Southern politicians who made their bones on hate and division. It speaks so badly of our country that people of their ilk even stand a chance of being elected to public office in America.

But they probably wouldn’t stand a chance without far-right media such as Fox News laying the groundwork for the hate to take hold.

Looks like the trains will run on time. Who did that? Joe Biden!

A) Which state’s coastline is battered by the remnants of a typhoon this weekend?

B) Who is the US Secretary of Labor, who was himself a former union leader, helped negotiate the agreement between the railroads and the truckers?

C) The boil water order for which state capital was lifted Thursday when the governor declared municipal water safe to drink?

D) Which two members of the British royal family will not be allowed to dress in military uniform despite being the only two who have served in the military?

E) Which companies drew criticism from the firearms industry when they announced that gun sales would now be classified as a separate reporting category?

F) In what came as no surprise in the Swedish parliamentary elections last Sunday, the party representing which spectrum of the political landscape won the majority in parliament?

G) Major League Baseball celebrated the life of this Hispanic-American and humanitarian Thursday?

H) Not to be outdone, Texas Governor Greg Abbott sent a busload of immigrants to who in Washington, DC last week?

I) Hardee’s restaurants got a publicity boost last week when his phone was seized in the ongoing insurgency investigation?

J) Trump had a week of ups and downs last week. On the downside, who rejected an offer from Trump to settle the fraudulent tax filings investigation?

K) On the upside, which judge once again stepped in to rule in favor of Trump on the special principal issues in his case of stealing secret US documents?

L) Which side gained the upper hand during the Russian invasion of Ukraine last week?

N) Dolores Huerta and Caesar Chavez were unions co-founded by union leaders for which section of labor?

O) The head of which world health organization has declared that “the end of the covid pandemic is in sight”?

P) In a Des Moines case that is sparking nationwide outrage, 17-year-old Piper Lewis was ordered to pay $150,000 to whom?

A) Who made headlines for not voting by mail this year, but instead went to their local polling station to vote on Tuesday?

S) Approximately how many Latinos live in the United States (2020 census)?

T) In culture shock, trailers for which new movie with a black actress as the lead character are causing big reactions across the United States?

They should have named Build Back Better – Cleaning Up After Trump. This way we can avoid having to clarify how we got here in the first place. – Tim Hannan

A) Alaska is girdled by the remnants of Typhoon Merbok in one of the largest September storms to ever hit that state.

I) The Pillow Man Mike Lindell

P) the family of the rapist she killed to stop the rape. A Go Fund Me page has been created to help pay for this strange verdict.

T) ‘The Little Mermaid’ – Halley Bailey plays Ariel. Right-wing commentator Matt Walsh said “With The Little Mermaid, can we just mention that, from a scientific point of view, it doesn’t make much sense to have someone with darker skin living at the bottom of the ocean”, – What scientific perspective do we have on fictional creatures, Matt?

I have never wished death on a man, but I have read a few obituaries with great pleasure. – Clarence Darrow