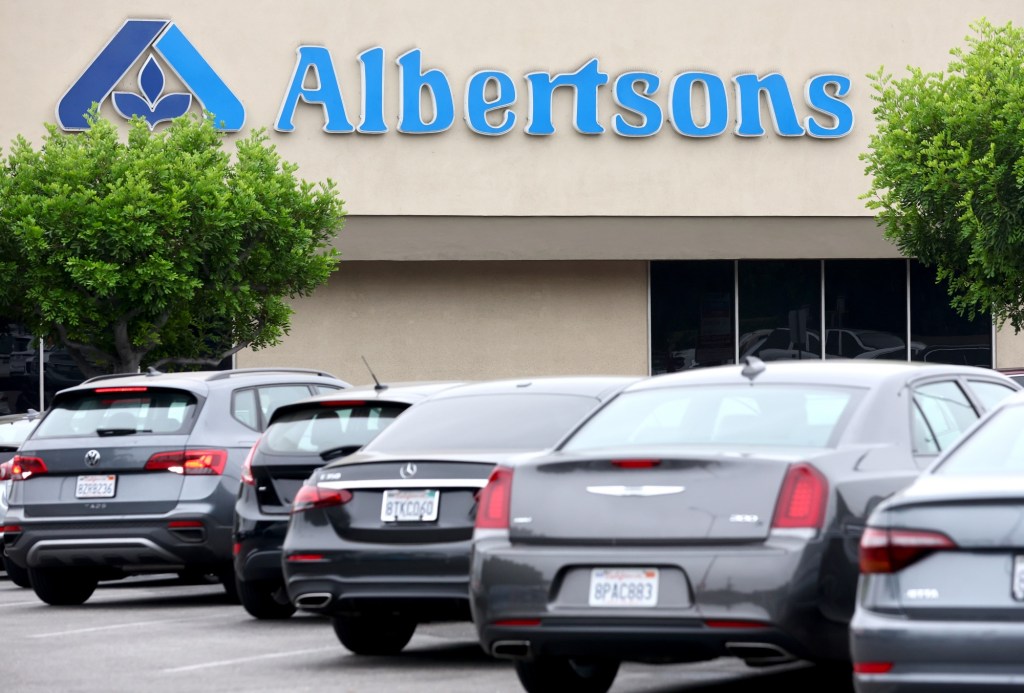 Southern California’s supermarket sector was rocked on Friday when Kroger announced a proposed merger with Albertsons, highlighting a slice of local retail that has fared well in the pandemic era.

The deal to pair several of Kroger’s local chains (Ralphs and Food4Less) with Albertsons’ stores of the same name as well as Vons and Pavillions will attract intense regulatory scrutiny. Would such a giant chain reduce consumers’ food shopping options?

And what about employees? The companies said they would sell up to 375 stores through a spin-off.

Consider that a merger of this magnitude could reshape the food and beverage industry in Los Angeles, Orange, Riverside and San Bernardino counties, which employed 163,600 people in August.

My trusty spreadsheet, filled with state employment numbers, found that grocery store jobs accounted for 105% of pre-pandemic employment in August 2019. The sector, which includes supermarkets, stores beverages and small grocery stores, recorded a gain of 7,600 jobs in 12 months, or 4.9% growth. This hiring frenzy is nearly five times the annual rate of 0.8% since 1990.

Consider the outstanding performance of grocery stores relative to the rest of retail during the pandemic. Employment stagnated in malls without groceries suffering.

And in the Inland Empire…

Jonathan Lansner is the business columnist for the Southern California News Group. He can be contacted at [email protected]