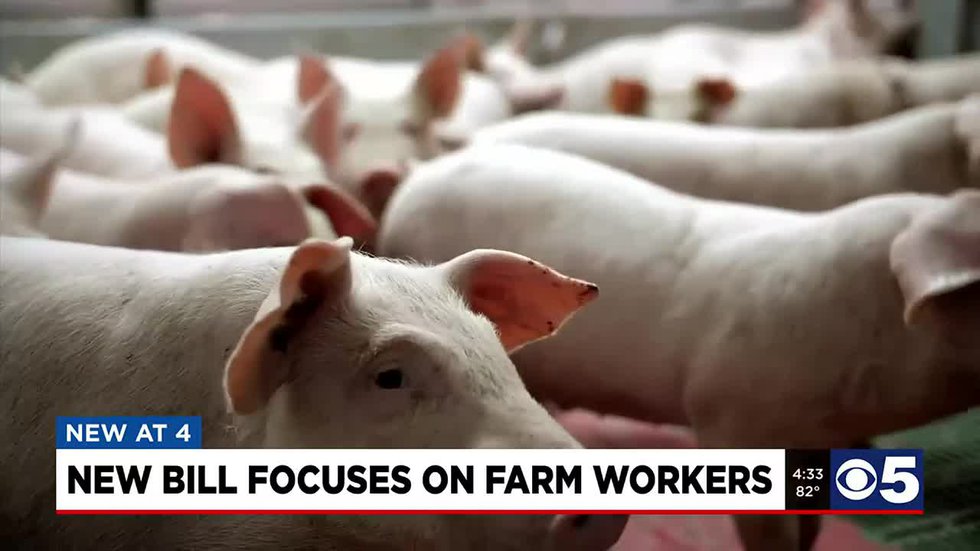 KANSAS CITY, Kan. (KCTV) – Farm organizations are advocating for the passage of a federal bill to reform farm labor programs.

Earlier this year, the House of Representatives passed HR 1603, the Farm Labor Modernization Act, a series of changes to the H-2A temporary work visa program. The senate has taken no action on the bill since its introduction in March.

Under current law, the H-2A visa program applies to temporary or seasonal workers. The bill’s reforms include an expansion of the program to include non-seasonal workers, which would allow dairy, livestock and other agricultural operations to have better access to a labor pool of native-born workers. abroad.

Jackie Klippenstein, policy officer for KCK-based Dairy Farmers of America, said the current agricultural labor system in the United States is flawed. She said dairy farmers in particular have struggled to find a steady pool of farm labor, especially during the COVID-19 pandemic. She and others in the industry have been calling for reforms for more than two decades.

“We’ve been short of farm labor on the farm side for a very, very long time,” Klippenstein said.

The DFA is one of more than 300 industry and labor organizations that have expressed support for the FWMA.

The summary of the bill lists several reforms to the H-2A visa program, including:

“(1) change the method of calculating and adjusting the minimum wage for H-2A workers, (2) clarify how an employer can satisfy requirements that it has attempted to recruit American workers, (3) require that H-2A employers guarantee certain minimum work hours, (4) make the program available for agricultural work that is not temporary or seasonal, and (5) reserve a visa allowance for the dairy industry.

Other industry groups, such as the American Farm Bureau Federation, have expressed concern about whether further reforms to temporary work visas would be needed before expanding the program to non-seasonal workers.

Allison Crittenden, director of government affairs at the AFBF, sent a statement to KCTV5 explaining some of those concerns, writing:

“Each time the FWMA has come before the House, the AFBF has highlighted several key areas where the legislation conflicts with AFBF policy. Provisions around AEWR, extending MSPA to H-2A, caps on year-round visas, and including e-verify only for agriculture without adequately reforming H-2A to prerequisite are the main areas of concern. It is important that the Senate continue these bipartisan discussions to ensure that a Senate farm labor solution does not include provisions that would harm American farmers and ranchers. There is a sense of urgency on the part of the Farm Bureau and other agricultural stakeholders to finally accomplish farm labor reform. However, it is also extremely important that legislation that comes before the Senate addresses these issues in a substantive way.

Klippenstein said the reforms outlined in the bill would create a more cohesive labor pool for farmers, which in turn would help ensure a more stable food supply nationwide.

“Ensuring farmers have the tools to produce this food is critical to our nation’s success,” she said.