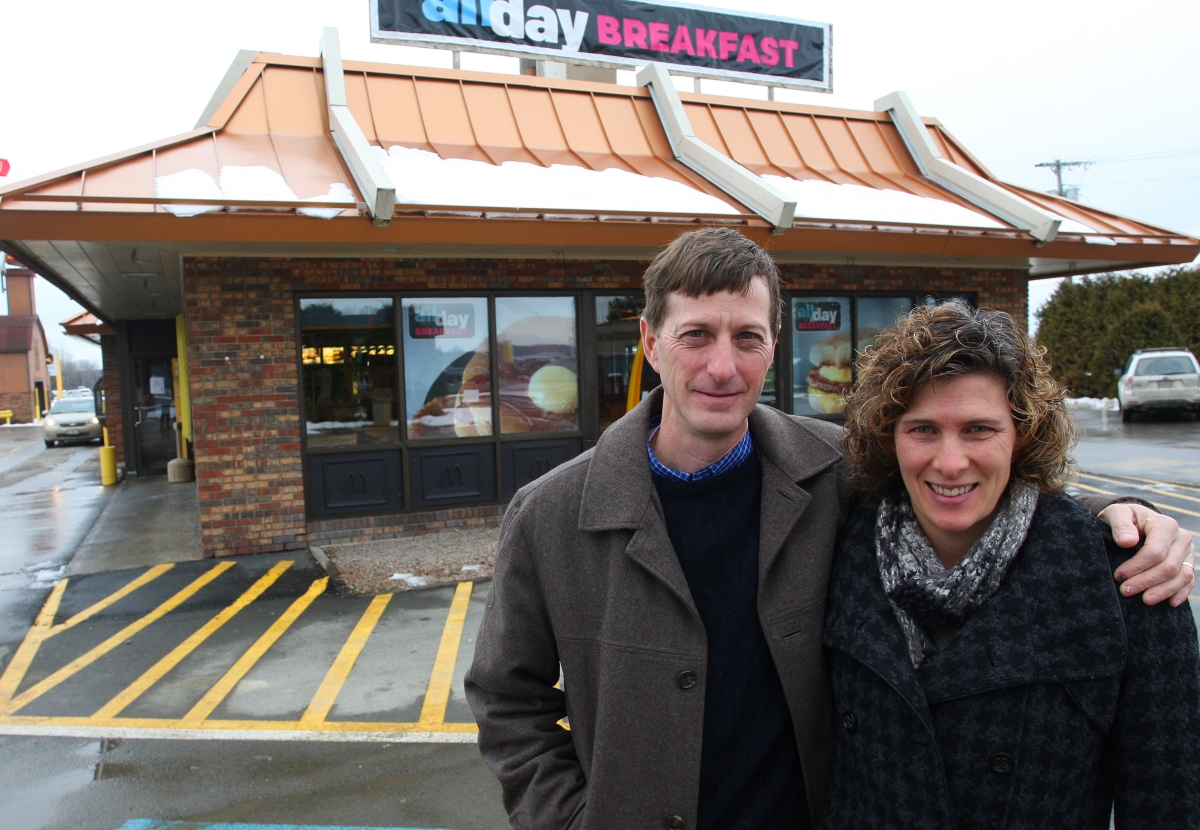 HOULTON, Maine – A family-owned chain of five McDonald’s restaurants in northern Maine dating back to the 1970s has been sold to a New Hampshire-based company.

The sale ends an almost 50-year family tradition of selling burgers, fries and shakes to the local community.

The five restaurants – located in Houlton, Presque Isle, Caribou, Lincoln and Calais – have been owned and operated by Daryl and Heidi Abbotoni of Houlton since 2008. Heidi’s parents, Ed and Dawn Degenhardt, who opened their first McDonald’s in 1974, owned the chain. of restaurants before that.

The Napoli Group, LLC of Amherst, New Hampshire, purchased the five McDonald’s franchises owned by the Abbotoni family on September 15. This company already has 61 McDonald’s restaurants across New England.

“My son and I are delighted to purchase the five McDonald’s restaurants in Heidi,” said Peter Napoli. “We look forward to serving these five communities with tasty food and excellent service like Heidi and her family have done for many years.”

“We have great respect for all the operators that we have known over the years and would never have considered selling to someone who would not take care of our people,” Heidi Abbotoni said Wednesday.

The company employed more than 300 people. All managers and crew members have been offered continuous employment, Napoli added.

Even still, selling the family business was not an easy decision for the Abbotonis.

“We had thought about it on and off for many years,” said Heidi Abbotoni. “Our goal has always been to retire early.

A medical event in December 2017 cemented the couple’s idea that it was time to sell the business. Daryl Abbotoni was 50 when he suffered sudden cardiac arrest in the parking lot of McDonald’s in Houlton.

“It made it even clearer to us that we needed a much less stressful life,” said Heidi Abbotoni. “It’s a 24/7 engagement. I’ve never had a vacation without checking my phone or email. We knew we needed a change.

McDonald’s in Houlton opened on December 16, 1975, under the ownership of Ed and Dawn Degenhardt. They began their franchise experience with a location in Millinocket in 1974, with the promise from the McDonald’s Company that a restaurant would be opened in Houlton the following year.

The Degenhardts withdrew from the business in 2008, the Abbotonis taking over the franchise which included restaurants in Calais (added in 1980); Lincoln (1982); and Presque Isle and Caribou (purchased in 2003). The Millinocket location was sold in 2008.

In 2017, Houlton’s original location, with its one-of-a-kind functional fireplace, was demolished and replaced with the modern McCafe-style restaurant building. In 2019, it was Presque Isle’s turn to have a new building as Star City’s McDonald’s was demolished and rebuilt with a style similar to Houlton’s.

Her father’s death in August made it a bit easier for Abbotoni to part with the family business, she said.

“I’m sure he would have been shocked, but he would have understood,” she said. “There was always a concern with him about the heavy weight this company was putting on my shoulders.”

Correction: An earlier version of this story named the incorrect Napoli group that purchased the five Maine McDonald franchises.

More articles from the BDN