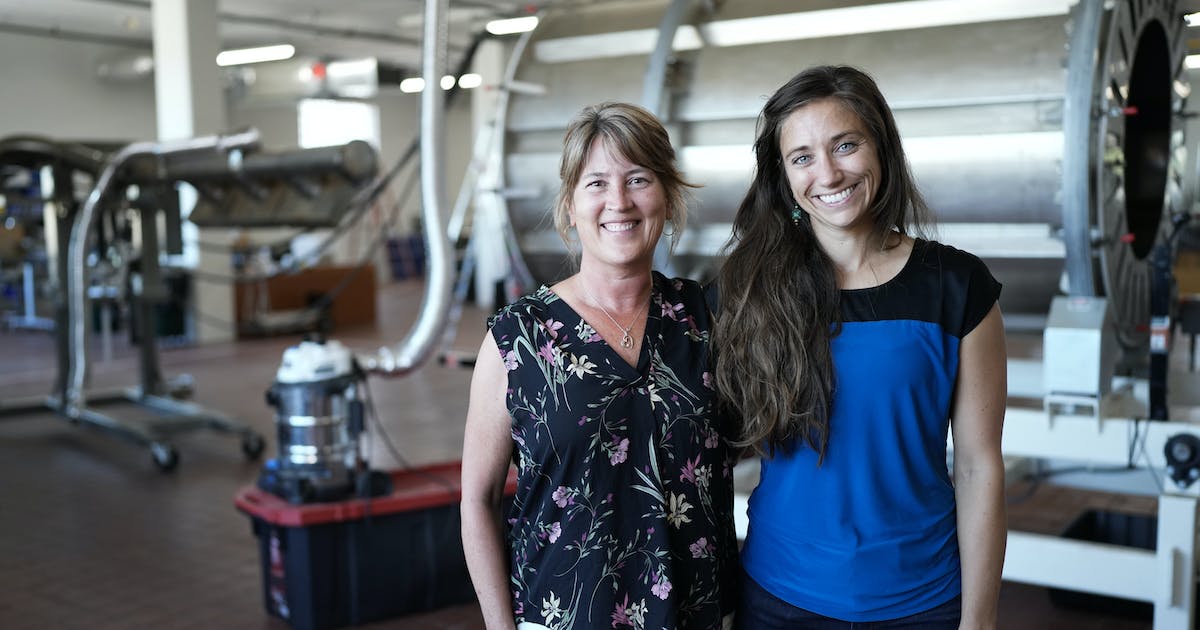 What happens to all that malted barley after brewing beer, or all that oats after they’ve been steeped to make oat milk?

They increasingly end up in food.

The goal of upcycling is to find new uses for otherwise discarded, but still nutritious foodstuffs. Repurposed cereal is hitting shelves in baking mixes, crackers and even cereal.

“It was a movement. Now it’s an industry,” said Sue Marshall, founder and CEO of St. Paul-based recycling company Netzro.

The practice of redirecting food waste – which the industry calls “by-product utilization” – has existed since the beginning of agriculture, mainly by reusing it in animal feed or compost. But renaming it to recycling and finding ways to market the practice for human consumption has helped the industry take off quickly.

“The first upcycled certification came in 2021, there are now hundreds of products in grocery stores,” said Marshall, who is also a founding board member of the Upcycled Food Association, which was established three years ago.

It wasn’t until 2020 that a formal definition of recycled food was adopted with input from industry, nonprofits, government and academia: “Recycled food uses ingredients that, would otherwise not be intended for human consumption, are sourced and produced using verifiable supply chains, and have a positive impact on the environment.”

“If food waste were a country, it would be the third largest emitter in the world” after the United States and China, the UN agency said in a report. “A reduction in food loss and waste at global, regional and national levels would have a substantial positive effect on societal resources and in particular on climate change.”

Distilleries and breweries present some of the greatest opportunities for recycling, given the amount of grain they use each week. Cereals also have a high carbon footprint and account for a quarter of global food waste, according to the UN

Dual Citizen Brewing Co. in St. Paul aims to be the first brewery in the world to return 100% of its spent grain to the food system once its new production space opens later this year.

That’s about 1,200 pounds of grain per batch of beer that will get a second life.

“With supply chain issues and food shortages, [upcycling] could alleviate some of the hunger we see in our country and perhaps around the world,” said Bradley Zimmerman, Chief Brewer of Dual Citizen.

With plenty of grains and other ingredients available for reuse, food companies and entrepreneurs are tweaking recipes and finding flavors that will make upcycling a sustainable business model.

Zimmerman imagines recycled pretzels or other snacks sold in the brewery; the grains in the Cereal Money stout would make a great brownie or chocolate cake, he said.

“If we can show people that it works here, I don’t see why we can’t implement it worldwide.”

The company does not make recycled consumer products, but instead turns by-products like brewers’ spent grains into a dried, pathogen-free product for other companies.

Netzro plans to sell the equipment and license recipes that process different grains and by-products at the touch of a button.

Marshall’s goal is to support 100% of a company’s by-product stream. Netzro’s partnership with Dual Citizen will test this premise.

Netzro first partnered with Utepils Brewing in 2015 and Tattersall Distilling a few years later. The demand for recycled ingredients has since skyrocketed and Netzro is now attracting worldwide interest.

Columbia Heights-based Agrainery was an early partner of Netzro and has developed a slew of upcycled baking mixes, including orange polenta cakes and rye brownies.

“It has to be better than the standard offering because if it’s not, people won’t eat it,” said Shelley Santrach, founder of Agrainery. “Our graham crackers are better than any you can buy at a store,” in part because the recycling process toasts the recycled grains, she said.

The environmental benefits of giving food more life won’t be enough to convince consumers, she said.

“When people see the value of upcycling, as well as the great taste, it will move things forward,” Santrach said. “We may not be the ones doing it, but it’s fun to be part of the process.”

Minneapolis-based Puris is a leading pea protein supplier enjoying a moment among plant-based companies and consumers.

By removing the protein from the peas, a lot of the starch is left behind – or it was, until Puris started selling certified recycled pea starch.

The certification “allows us to amplify the fact that all parts of the pea, specifically the starch, can play an important role in reducing food waste,” Puris Proteins chief executive Tyler Lorenzen said in a statement. press release this spring. Pea starch applications include baking, sauces, and an alternative to pectin and gelatin.

For Eden Prairie-based SunOpta, a leading plant-based milk maker, there are plenty of nutrients left in oats after oat milk is made.

“Oats are about 30 percent insoluble, and that’s where a lot of the fiber and protein in oats is,” said SunOpta CEO Joe Ennen. “What is generally called a by-product, we dry it, grind it and now have Oat Gold.”

The company’s protein-rich oatmeal powder received recycled certification earlier this year and has already found its way into a breakfast cereal brand and landed another customer focused on recycled foods.

Upcycled Food Association CEO Turner Wyatt hailed in a statement efforts to capture “the nutrients that slip through the cracks of our food system.”

“It’s the most effective thing people can do to fight climate change, using everything we have.”