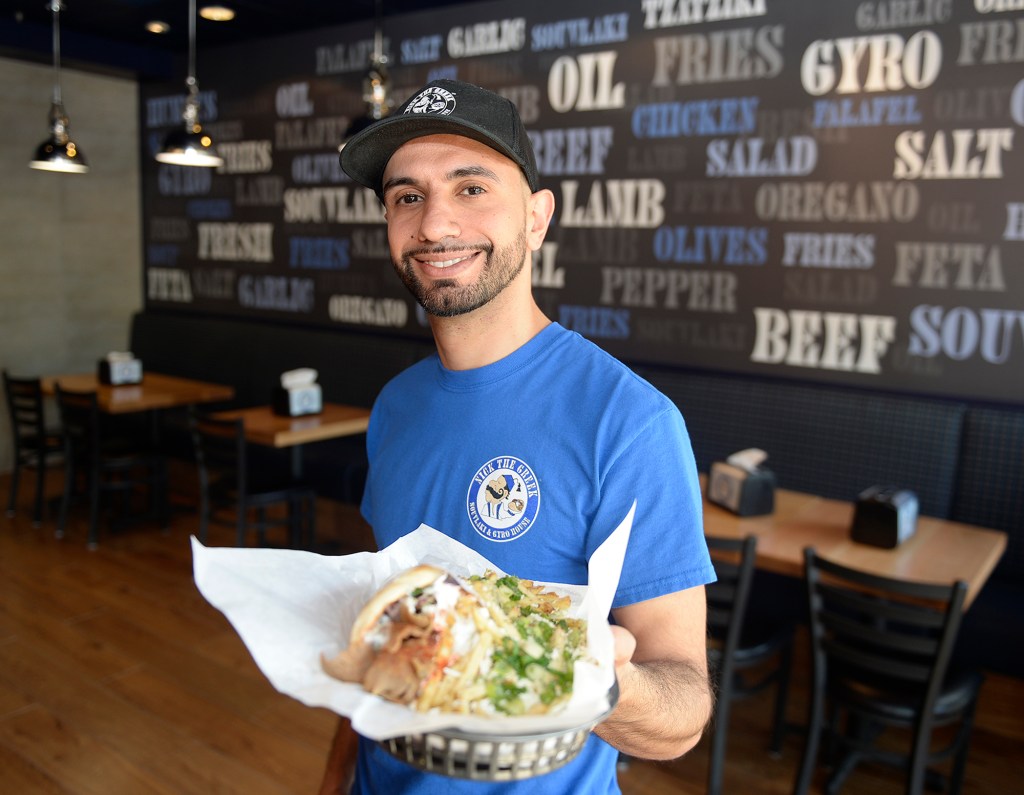 Nestled amid the craziness of the Nut Tree Plaza, Vacaville locals can sample authentic Greek cuisine that some may only find by crossing the Atlantic Ocean.

The moment they walk through the doors of Nick the Greek, the smells of food from the kitchen and the smiles of employees ready to take their order, and franchise owner Victor Zeidan ready to make their experience memorable.

Although he has no Greek heritage, Zeidan promises clients that they are in good hands.

Last week, Zeidan opened its third Nick the Greek franchise, the second in Solano County, in the heart of Vacaville.

After spending years working in the restaurant business with his family at My Café Go! in Newark, California he chose to take a year off from the business and traveled to Greece in 2019 and decided to return to catering, Greek cuisine is what interested him.

“It was definitely a confirmation that I wanted to go down this path,” Zeidan said.

So, starting in Napa in early 2020, Zeidan struck a deal with the Greek restaurant chain to open a location.

The restaurant chain was first formed in 2014 in San Jose and grew into a multi-chain franchise in its first eight years alone, with locations throughout the region.

Working with the three original owners, all with the same name of Nick Tsigaris, Zeidan found it quite easy to work for the company.

“My relationship with them is great,” Zeidan said. “They are great, they are very practical and useful.”

What made Zeidan buy Nick The Greek was how authentic their food was compared to the food he tried on his 2019 trip.

“It’s so similar to the ones I had in Athens, Santorini and Mykonos,” Zeidan said of Nick the Greek’s tasting. “So that’s what surprised me, how authentic the flavors are compared to real Greek food.”

After finding success, he opened his next restaurant in Vallejo but kept his eyes on whether to find a location in Vacaville to settle.

“I know Vacaville is a great city and has a great food scene,” Zeidan said.

Zeidan saw that King of Thai Noodle Restaurant & Bar was closing at Nut Tree Plaza, he knew he had to jump at the chance. Having been to this commercial area, the business was worth the investment.

Living in American Canyon, the mall is a must stop when passing through for a long drive.

“Whenever I went to Lake Tahoe, I always stopped around Nut Tree for a bathroom break, coffee break or lunch,” Zeidan said. “We would always see how busy the area was. We would still love this area on Nut Tree Plaza.”

Beginning the business readiness process in September 2021, Zeidan led the transition of the location. He was grateful that since it was previously a restaurant, what he needed was already in place, and sped the process along. Nick the Greek’s location in Vacaville officially opened its doors early last week.

“We love it,” Zeidan said. “We are so excited to be here and we are happy that we chose this place.”

For those looking to try Nick the Greek for the first time, Zeidan’s recommendation is simple. Take a bite out of their beef lamb gyro.

“It’s one of the most popular dishes in Greece,” Zeidan said. “It’s a dish that we do very well. We make them like we make them at home.

As he continues to train the kitchen and front of house staff to be ready for self-sufficiency, Zeidan knows that when anyone walks into the Vacaville location, they will have a savory experience.

“I think they will find a place where they will enjoy being,” Zeidan said.