On The Come Up, Glass Onion, Steven Spielberg 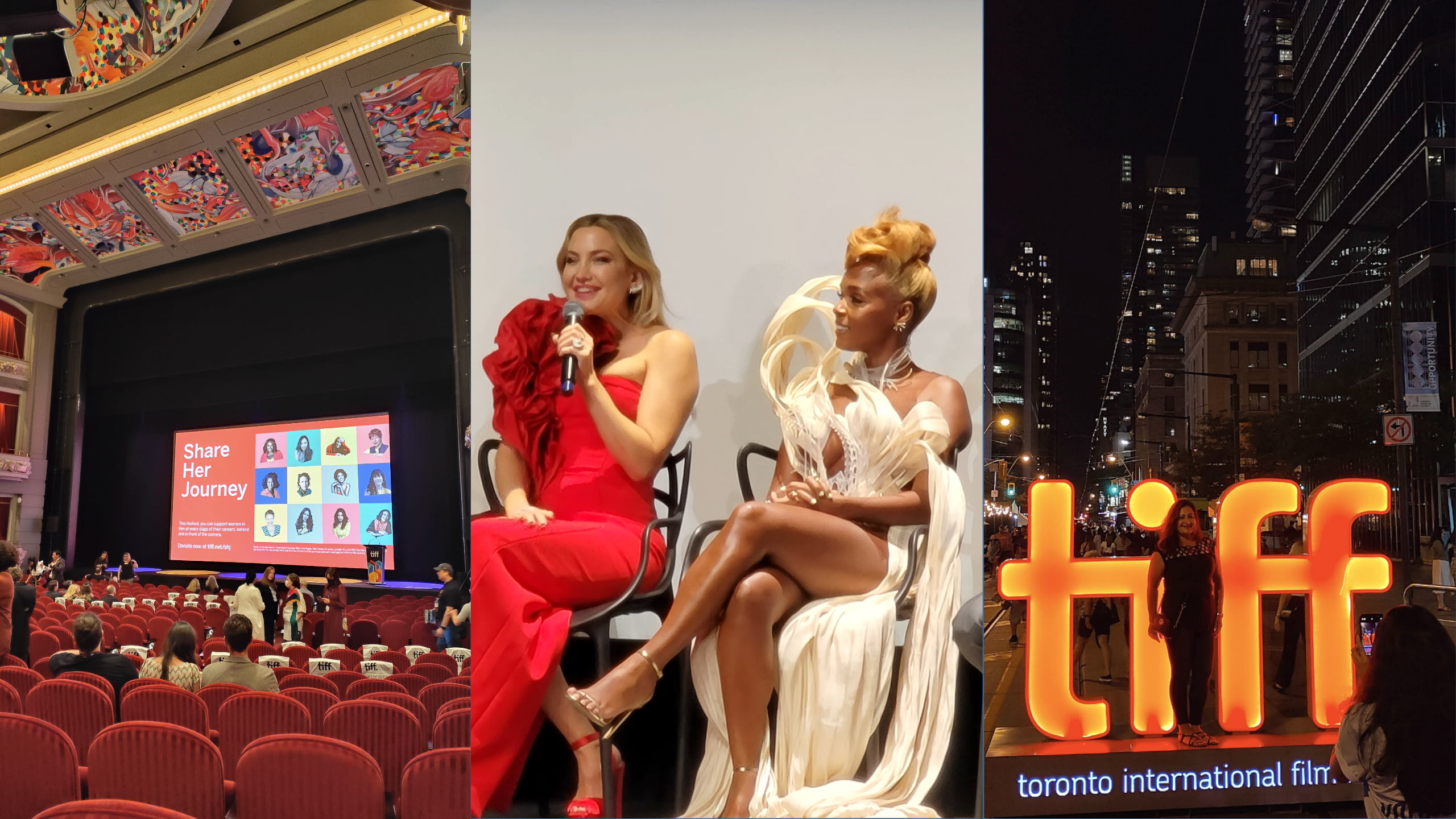 It’s been a great year at TIFF. The festival was better than it was even in 2019, and between Saturday and Sunday I screened more of my top festival picks, had a great interview, and got to see cinema legends themselves.

[Read my blog post from the first two days of TIFF]

On Saturday morning, I had a breakfast with the Colombian film and television industry, to learn more about production in the country and what has been happening in the industry there over the of recent years. The country has two incentive programs that benefit productions and most importantly a wide range of beautiful regions that can look like almost anywhere in the world.

I missed the SATW travel conference in Bogota this week to be at TIFF, so it was great to get the chance to learn a bit more about the country and the production industry, but now I really looking forward to visiting Colombia. Thanks to ProColombia for the invitation.

My big weekend interview was an opportunity to sit down with On the way up stars Jamila Gray and Da’Vine Joy Randolph to talk about the incredible drama, rap battles, music and director Sanaa Lathan’s incredible team to bring the novel to the screen.

Gray and Randolph had some great details to share about how they connected to the material, how Gray prepared for the rap battles, and how much it felt like family on set. I’ll have that video interview coming up this week, so stay tuned. On the way up is a fantasy drama, with a big heart, and I love the cast.

Saturday I also watched I like movies by director Chandler Levack, and I was at the premiere of Glass onion: a mystery at loggerheads thanks to my friends at Canada Goose.

I like movies was a total surprise to me because I really walked in knowing nothing about it, and I love that it’s a 90s suburban dramedy. The opening is almost too good to be in a movie, it’s full of movie and Toronto references (the “Cashman” stood out, in particular), and stars Isaiah Lehtinen, as cinephile Lawrence, nail everything about the role.

My favorite part of the movie was scene stealer Romina D’Ugo, who played Lawrence’s boss at a video store. She did every scene she was in, I loved the chemistry with Lehtinen, and her sense of humor, in addition to the emotion she brought to a few key scenes, blew me away.

And then there was Glass onion: a mystery at loggerheads. This is easily my favorite cinematic experience I’ve had in a long time. It’s total crowd pleaser, it’s so funny and sharp, and it’s a much more complex film than the original.

The best part of the new Rian Johnson murder mystery, however, is the overall vibe. the original Knives out had that classic murder-mystery feel, inside a crusty old mansion, and while it was funny, Glass Onion is great fun. The new film is about the adrenaline of comedy, it frequently mixes action and comedy side by side, and yet it retains some excellent dramatic moments.

I could watch a hundred more movies starring Daniel Craig as Detective Benoit Blanc, and then there’s the great Janelle Monáe. Monáe is a star in the film, and that says a lot about Craig, Kate Hudson, Kathryn Hahn and Madelyn Cline.

And then there was The Fabelmans. As a movie buff for as long as I can remember, it’s hard to explain how much it meant to just be in the same room as the great Steven Spielberg. He introduced the movie and then I watched one of the most amazing movies.

The Fablemans is truly like nothing else I’ve seen from Spielberg. The semi-autobiographical story follows the Fableman family and their son Sam (played as a teenager by Gabriel LaBelle)’s love of making movies. For a 2 hour and 31 minute film, it feels fast and draws you into the turmoil of this family as Sam struggles with his passion for art, his love for his family and the everyday.

Finally I was at the Netflix premiere The good nurse, and it’s a compelling story, based on a novel that’s actually based on real events. Jessica Chastain stars as the “good nurse” opposite Eddie Redmayne in one of her best performances. Chastain puts her heart into playing Amy, and I really appreciate the empathy she brought to the role.

Redmayne, on the other hand, is the friendliest, maybe ever, until he’s gone, and he’s spectacular on both counts. He bristles, and he’s electric, and downright creepy at times, to the point that even his hand gestures are creepy.

What was amazing to me was that the real Amy Loughren had this story. She did something while she was sick that most people could never imagine, and the standing ovation she received at the end of the film, when she came on stage, was fantastic, and yet I would say from its history, could have been even longer.

Thanks to Netflix for the invitation to the premiere.

I’ll have more TIFFs all week. Here are some pictures I took over the last two days with my phone.

Thank you for subscribing.

We respect your privacy and take its protection seriously.