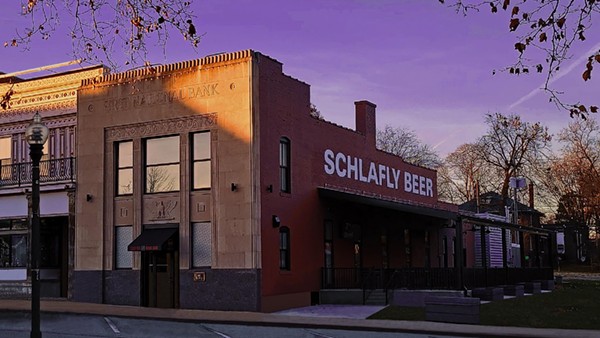 Schlafly Beer adds another location to its brewing family: With locations in downtown St. Louis, St. Louis County, and St. Charles, the brewery expands to the Illinois region with its new location in Highland.

Schlafly Highland Square (907 Main Street, Highland, Illinois) opens on December 22 and has 80 seats in its restaurant, as well as a three-season patio that can accommodate 80 additional guests. Schlafly has retained some of the historic features of the 71-year-old building, such as a massive safe, while modernizing it with a new kitchen. There is also a small pilot brewery located upstairs.

“For almost a year, we have planned and revitalized this building to open our first brewery in Illinois. The Town of Highland has been an exceptional partner and we look forward to bringing the Schlafly experience to residents and guests, ”CEO Fran Caradonna said in a press release. “It’s a happy coincidence that the opening of Schlafly Highland Square takes place so close to our company’s 30th anniversary. ”

Celebrations will continue at the other three locations throughout the day with commemorative merchandise for sale and a return to 1991 prices: 3 pints.

At the new brewpub, fourteen styles of beer are available on tap, including fan favorites and a new specialty beer named Highland Lager, brewed exclusively for the Illinois site. The food menu is also full of favorites – beer bread and crispy frog legs, fried marcoot cheese curds, and entrees like the Schlafly Smash Burger are just a few items on the menu.