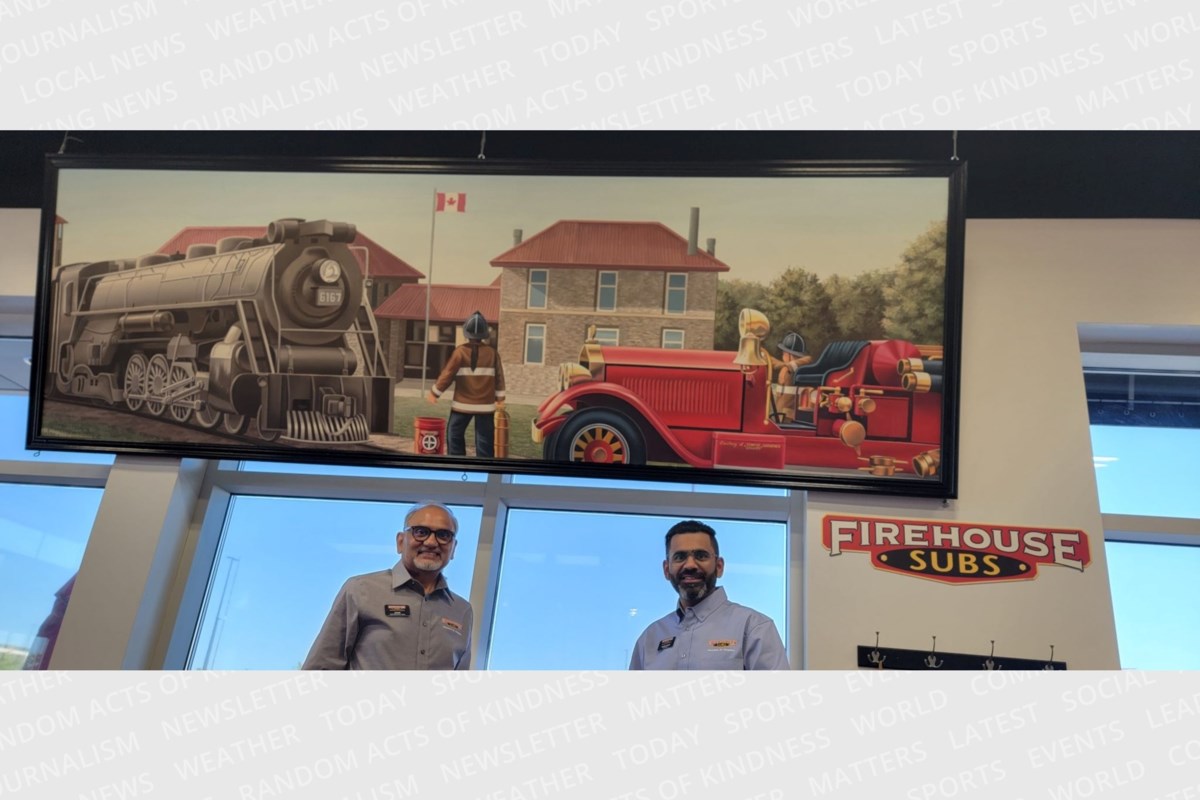 “We are honored to open our fourth Firehouse Subs location in Barrie,” says franchise owner

“We are honored to open our fourth Firehouse Subs location in Barrie,” said Nilam Shah. “Between our loyal customers and the brand’s unique mission, we are excited to continue to serve a great product for our customers and support our local first responders through the Firehouse Subs Public Safety Foundation of Canada.”

Firehouse Subs Barrie Park Place is open 11 a.m. to 9 p.m., Sunday through Thursday, and 11 a.m. to 10 p.m. Friday and Saturday. Customers can order take-out service at the inside counter, by phone or on line, as well as through third-party delivery apps or the Rapid Rescue To Go counter delivery service inside. Firehouse Subs serves premium meats and cheeses steamed and piled on a grilled sub roll, served “Fully Involved” with fresh produce and condiments.

Founded by former firefighter brothers, the restaurant’s new decor reflects the founding family’s decades of fire and policing through photos and equipment donated by local fire departments. It has a custom hand-painted mural by Chief Mural Artist Joe Puskas that features the historic Allandale Railroad Station in Barrie, which was built in the early 1900s. Courtesy of Simcoe County Archives, the mural also features vintage steam engine 6167 which was used on trips from Barrie to Toronto and back.

Since the first Firehouse Subs opened in 1994, Puskas and his team have painted over 1,200 murals from his studio at Firehouse Subs headquarters in Jacksonville, Florida.

The Firehouse Subs Public Safety Foundation of Canada has awarded more than $2 million to local heroes in Ontario, as well as more than $69 million in 49 of the United States and Puerto Rico through the Firehouse Subs Public Safety Foundation. Each restaurant recycles its buckets of pickles, offered to customers for a $3 donation to the Foundation. Donation boxes on register counters explain the charity’s mission and collect spare change, while the Round Up program allows customers to “round up” their bill to the nearest dollar. All funds raised benefit the foundation.