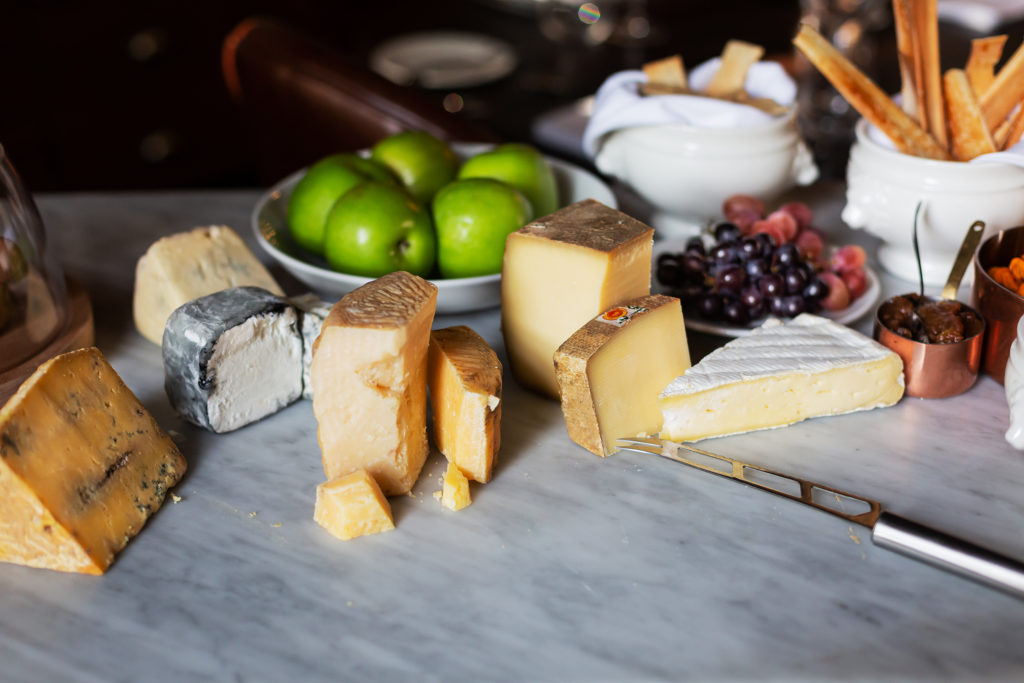 Liam Tomlin is not one to slow down. No sooner has the chef built the success of one restaurant than he opens another, always with a different concept and offering a totally different cuisine.

His latest venture is The Bailey on trendy Bree Street in Cape Town, opposite Heritage Square, where his first chef’s warehouse was established. It’s three floors of delicious, starting with The Café on the ground floor, followed by The Brasserie one flight higher, and another flight up to The Old Bailey Whiskey Bar.

Each floor has its own kitchen, although there is a mute waiter connecting them.

The business is the second of Liam and his wife Jan Tomlin along with Warehouse chef partners Tintswalo Lisa and Warwick Goosen, and Gaye and Ernest Corbett.

The cafe has been open for just over a month and it is already difficult to find a table for breakfast. So, come for lunch or a light dinner; tea is on the cards for later in the year.

It is, Liam says, based on his favorite London restaurant, The Wolseley. Light meals and pastries are offered.

The building was constructed in 1862 and would originally have been a house; it was the last time a clinic for women. Over the decades it has changed and been renovated and today only the front is the original building. The appearance of The Bailey was a common sight of the Tomlins and their partners; and they all particularly wanted the different levels to be different. They retained the brickwork on display at the brewery, adorned with artwork from their own collections. The rear of the building, which houses the kitchens, is contemporary.

A significant sum has been spent on plumbing and lighting, restoring heritage features of high ceilings and sash windows, as well as updating and modernizing, and building small but elegant kitchens.

The brasserie’s polished parquet floors extend to the Old Bailey Whiskey Bar, as do the jewel palette and velvet upholstery.

The brasserie is devoted to classic French cuisine, “which does not exist in Cape Town”, explains Liam. ‘This [food] that’s where I grew up.

It’s refined, but not pretentious. Waiters are smartly dressed in black and white uniforms, and service is competent and polite – go old-fashioned and order the steak tartare, made at the table, or the crêpes Suzette to see just how polished the show is, with the soaring dramatic part of the show.

But first, the starters. I start with the beet tatin and as divine on the palate as it is, it competes for attention with the artichoke risotto.

Because it is impossible to leave without going to your table by the dessert trolley, we order crêpes Suzette, of course, and a tasting of everything on the trolley. The thinly layered opera cake is particularly good.

The bar brought the concept of a whiskey club to Bree Street. Here, for a certain fee, you can become a member and have your own bottle kept on a shelf behind a glass door – one wall is reserved for these glass boxes. The first member is already registered.

It’s a masculine space, with deep armchairs, darker hues, and an extremely well-stocked bar. A decent drink is part of the deal.

There is something for everyone, from the most expensive bottles of whiskey to inexpensive wines.

“The idea behind the bar was to have an incredible selection of whiskeys – we have 320 from 14 countries. There aren’t many places where you can taste so many whiskies.’

There is also a Champagne Bar and the Paul du Toit private dining room.

‘We are not done. There’s still a lot to do, but together with our partners, we bought this building, so it’s not a short-term lease.

And if you were wondering, the establishment’s namesake is the much-missed, beloved, and much-missed Chocolate Labrador of the owners.