Two former restaurants will merge into a single establishment 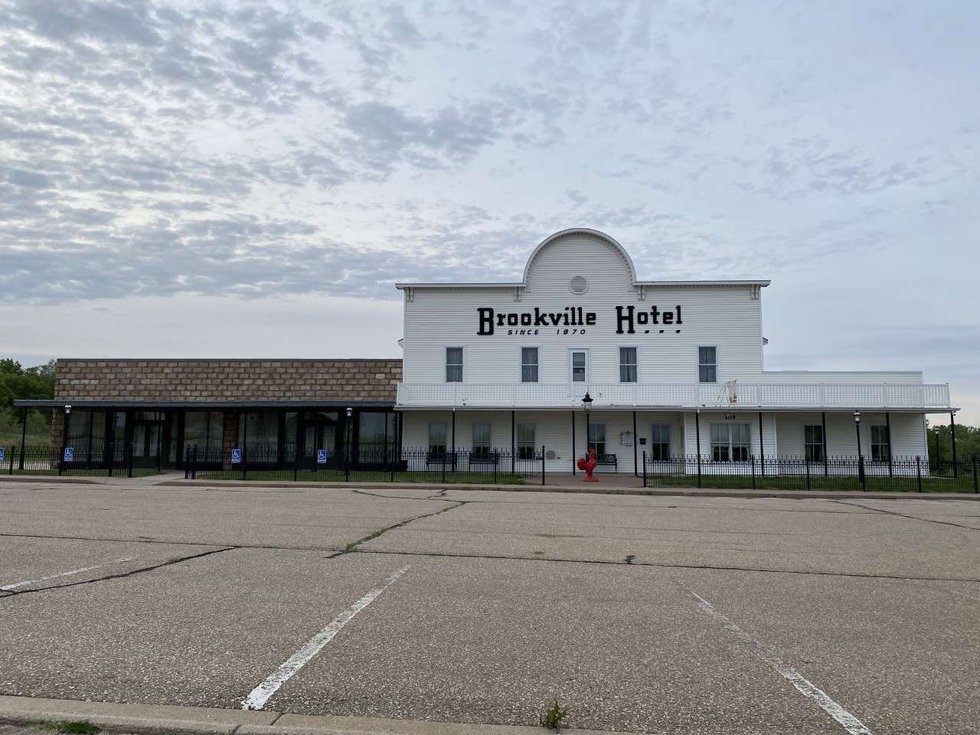 ABILENE, Kan. (JC Post) – The goal of Chuck and Deanna Munson of Junction City, Munson Angus Farms and Munson’s Prime Steakhouse is to combine two traditional destinations and restaurants in one place.

The Brookville Hotel restaurant in Abilene was a central Kansas staple for many years with its chicken dinners, but last fall, during the pandemic, the business shut down. Now the restaurant will make a comeback. Chuck and Deanna Munson bought the restaurant from Mark and Connie Martin,

Deanna Munson said it would be a combination of the old Munson’s Prime, which was destroyed by fire in February, and the Brookville Hotel. The restaurant will be called Legacy Kansas. Munson noted that there will be changes but a lot of things will stay exactly the same.

The restaurant will open its doors on June 23. Munson said at the start that they would adhere to the traditional limited hours at the Brookville Hotel from Wednesday to Sunday. “And it will serve the traditional chicken dinner, but now people will have a choice of chicken or chicken fried steak, but everything else will remain the same.” Meals will also include traditional side dishes.

In the future, there will be other additions, including steaks, burgers and homemade ice cream, which were staples of the old steakhouse Munson’s Prime.

“It’s important for us to reopen for the summer travel season,” said Deanna Munson at the Abilene Convention and Visitors Bureau. “We will continue to work over the next few months to expand our menu with our locally raised Angus beef. “

Guests of Legacy Kansas will also see familiar faces when they dine. Former Brookville Hotel owners Mark and Connie Martin return to support the reopening and the new concept.

“Munson Angus Farms began in 1869 and the Brookville Hotel opened in 1870,” said Munson. “It is important that the Munson and Martin families carry on their legacy. “

Legacy Kansas plans to hire thirty employees and offer meeting space for large groups, noon meetings and special events. Dining options will also be available, including the new “Grill and Go” dining option which will deliver a grill on site and staff will grill burgers for special events. Popular curbside pickup from the restaurant will also continue, and horse-drawn carriage or wagon rides are also underway.

“We want to partner with nearby tourist attractions and hotels to provide a unique experience for guests visiting the area,” said Munson.

While much of the interior of the Brookville Hotel will remain the same, the restaurant will add a ranch door to the entrance and improvements to the building’s facade.

According to Munson, the restaurant wants to celebrate agriculture and serve as a hub for farm groups across the state. She says partnerships will also continue with Kansas State University’s College of Agriculture and Research and Extension, Kansas Department of Agriculture, Kansas Farm Bureau, Kansas Association of Wheat Growers, Kansas Livestock Association and other farm groups to promote and showcase the Kansas farms and ranches in restaurant videos.

The ‘End of the Chisholm Trail’ bar located inside the restaurant will also feature a video wall (a giant panorama) of the Livingston Sound project by international artist Hugh Livingston with farm and ranch footage captured in the counties of Geary, Riley and Dickinson.

“We are thrilled with the return of Munson’s Prime steakhouse and the family-style chicken coop at the Brookville Hotel and we appreciate the support of all of our customers,” said Munson. “Together we will continue the legacy.”

Legacy Kansas will be open Wednesday through Friday from 5 p.m. to 8 p.m., and Saturday and Sunday from 11:30 a.m. to 8 p.m. Reservations are encouraged. For more information on Legacy Kansas, visit @BrookvilleChicken on Facebook.