Unleashing the potential of the Australian jackfruit industry 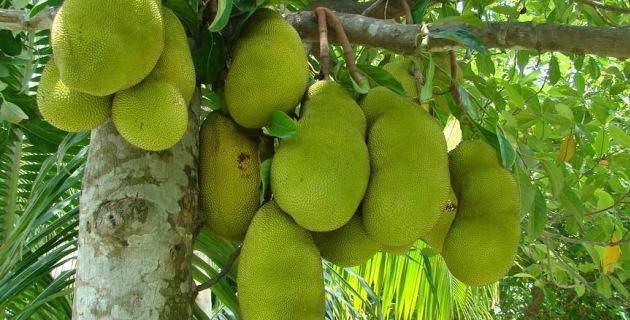 The study looked at jackfruit and how the industry could drive consumer demand for this versatile but largely unknown fruit. Its goal was to find ways to transform jackfruit into ready-to-eat products and ingredients that are more appealing to consumers.

Lead researcher from the Department of Chemical and Biological Engineering at Monash University, Dr. Leonie van ‘t Hag, said jackfruit has many health benefits; rich in fibre, calcium, phosphorus and magnesium and a good source of vitamins A, B1 and B2.

“Compared to other tropical fruits, the protein content of seeds and young fruits is high. It’s a good source of lysine, an amino acid that vegetarians and vegans may struggle to get from their diets.

“Research also suggests that jackfruit has many classes of phytochemicals that have anti-cancer, anti-hypertensive, anti-ulcer, and anti-aging properties,” van ‘t Hag said.

When ripe, its fruit segments resemble the tropical tastes of banana, mango and pineapple and when unripe, its stringy texture is known to be a meat substitute, increasingly more popular in Western cuisine.

Its size, shape and appearance are thought to be a major factor in its lack of use in Australia. The jackfruit has a prickly exterior, tough bark and a bulky size, weighing up to 50 pounds. It is the largest tree fruit in the world.

“Results of the study suggest that Australians are interested in consuming more jackfruit products, due to its high nutritional value and flavor, but a major barrier is product availability outside northern growing regions. from Australia.

“There are many opportunities for the Australian jackfruit market to capitalize on new product development and help grow the emerging industry,” she said.

New research has indicated that the jackfruit industry has the potential to grow significantly with production forecasts of $5-10 million by 2025.

Jackfruit production is mainly located in the Northern Territory and Far North Queensland, but with high transport and labor costs it has leveled off in recent years.

New research has indicated that the jackfruit industry has the potential to grow significantly with production forecasts of $5-10 million by 2025.

R&D on jackfruit and its uses

Their findings have now been published in a report Processing jackfruit into ready-to-eat products and ingredients published by AgriFutures Australia, which outlines market opportunities for the industry to grow in Australia.

Over 1000 consumers have been engaged in jackfruit testing and evaluation to determine new consumer applications, the potential for using greener fruits with skin and seeds as a by-product, and various processing applications for different stages of fruit maturity. This included sensory assessments, based on taste, smell, texture, feel and sight.

The study found that processed jackfruit could be presented to consumers in familiar formats, including snacks, candies, meat alternatives, home cooking, convenience foods and the hospitality industry.

The research found that if a quarter of the current supply was diverted to processing, an estimated $3.3 million in value would be added annually from existing production.

The estimated gross value of the industry is $2.6 million. The research found that if a quarter of the current supply was diverted to processing, an estimated $3.3 million in value would be added annually from existing production.

Director of Plant Industries at the Ministry of Industry, Tourism and Trade, Dr Muhammad Sohail Mazhar, said there were opportunities to increase the demand for jackfruit and develop the industry during the next decade.

“Through this research project, we aim to support growers in the Northern Territory planting clonal varieties of jackfruit suitable for processing over the next five years.

“As these trees reach maturity over the next 45 years, there will be an increased demand for jackfruit species that can be diverted to processing activities.

“This has the potential to significantly boost the jackfruit industry in the Northern Territory and Australia,” said Sohail Mazhar.